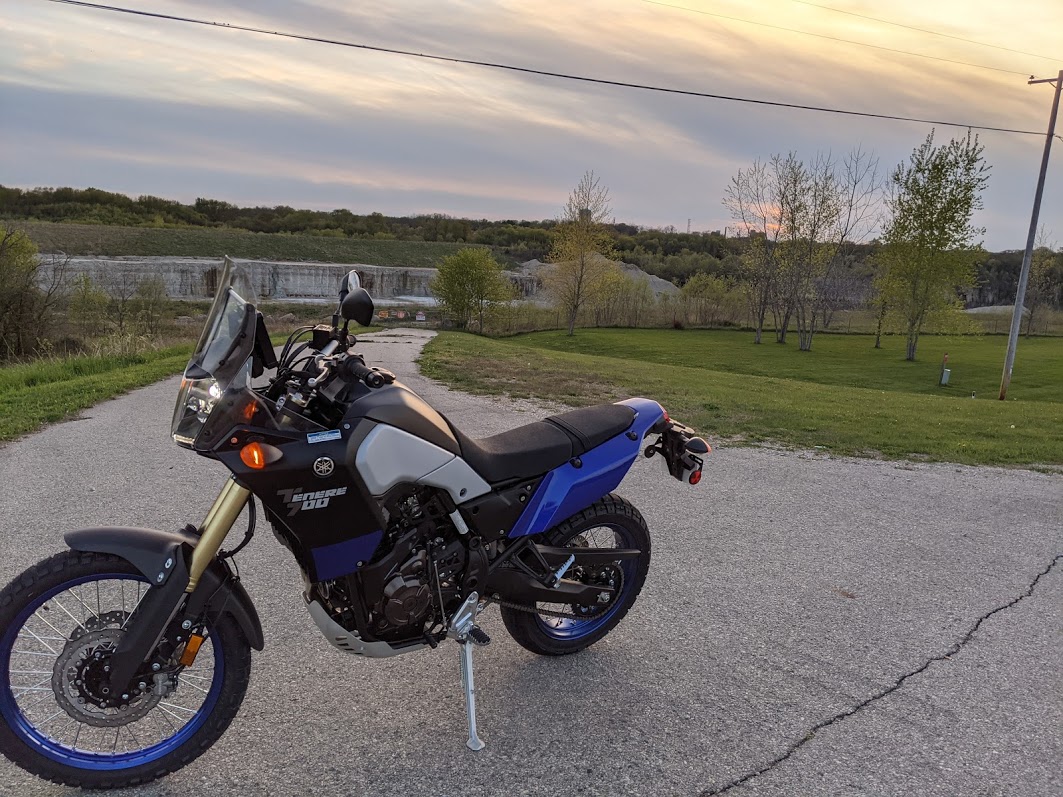 It’s not exactly breaking news, but FortNine (no, not the kids game fortnite) had a video about the amazement and wonder of engineering that is the Yamaha Tenere 700. If you haven’t seen it, check here:

In this video Ryan goes on to explain how Yamaha did this and that to develop what is being heralded as one of the worlds most bestest ADV bikes bestowed upon the planet since BMW first introduced the R80GS. While I have no argument against the videos filming and editing, I am however baffled at how clueless people are in not realizing that this is a glorified puff piece (paid for advertising). To make matters worse, go browse through T7 forums, or on ADVRider where folks repeat the engineering marvels presented here as facts, when I can’t help but think of Occams razor and ask……Is that really the simplest explanation for how this bike came to be?

I have about as much insight into the inner workings of Yamaha Japan as much as the next internet doofus, that is to say “what I’ve read on the internet”. However I do have some common sense here, and get irked when folks feel the need to marvel about something. One of the biggest things heralded about the T7 is its countershaft location in relation to the swingarm pivot. This engineering marvel is said to give the T7’s epicly awesome rear traction, working in harmony with the engine to always be pushing the bike forward. It’s talked about as if it was 100% design intent. Let’s get real here and look at some Myth Vs. Reality on some various aspects and see if any pass the Occams Razor test.

Reality 1: This is purely a product of Yamaha picking XYZ components, suspension specs, etc. IE Not a design feat.

Before ya’ll attempt to crucify me, let’s just dig into this a bit. First, I find myself asking the simple question of “Why are ALL bikes not this unique?” I think of my KTM Enduro, which has a swingarm to sprocket relation that has seemingly been unchanged for years and years. This ratio is almost identical to that of the Yamaha line of Enduro bikes. I then ask myself what was likely going through the Yamaha design teams heads as they were coming up with the main platform for this bike. The first we can know 100% is that they were going to use the CP2 engine so popular in the FZ/MT/XSR/-07 line of bikes (this detail is key). The next is that Yamaha would most likely spec 21″ front wheel and 18″ rear wheel to match that of the KTM line and be more dirt oriented than the BMW F800/850GS line running a 17″ rear wheel. Following wheels would likely be suspension travel (~8″ front\rear again matching KTM non-R models), and also steering angle geometry\etc. One final factor would likely be with regards to seat height.

Given the above I then ask myself “Do I really think Yamaha went out of their way to design the sprocket location where it is?” I can’t help but say No. The engine being used was a given, which heavily locks in a lot of aspects of the bike. The CP2 engine, amazing as it is, is a tall one, with a lot of engine below the countershaft. Put the engine too much higher, and there goes your seat height (need room for airbox\gas\etc). Put the engine too much lower and you’ve lost all your ground clearance. Move it any way you want, and you just run into issues with the package as a whole. For me, the Occams Razor Test on this says that it is FAR more likely that the location is purely a product of the concepts design requirements. The fact that the countershaft location does help on this bike, is icing on the cake.

Sprocket choice among OEM’s are seemingly chose 100% to meet emissions requirements. No matter what anyone says, it’s just like engine fueling (yeah, that flat spot you feel ~4500 rpm, that’s for emissions folks). If Yamaha really wanted this to be uber anti-squat, then why not an even LARGER rear sprocket? You can read of many T7 owners dropping 1T on their front sprockets, and still allowing comfortable cruising in 6th gear. If Yamaha was working this anti-squat, then they’d have gone up 3T in the rear. The reality is that they had to go up 3T in the rear to clear this odd-ball countershaft relationship. Looking at OEM numbers, on the T7’s sibling 07’s, Yamaha runs 16/43 gearing, which is effectively the same as the T7’s 15/46 (1T Front = 3T Rear). The result in all this is purely the end result meeting the requirements set in front of it, not some magical engineering marvel. Again, what is Occam screaming at us?

Another clever wording on things makes it seem like Yamaha chose these springs because they wanted to maximize this anti-squat action that they magically engineered into the bike. Given how overweight so many folks are and the fact that the cost difference from a spring meant for a 165# rider vs a 205# rider is essentially negligible, you’d ask “why not just over-spring”. Well, again, the reality likely is more like Yamaha’s test riders are most likely smaller in weight\stature than many “average” owners. I’d also assume that Yamaha knows that MOST folks aren’t going to be blasting whoops on these things at 55mph, and for MOST folks, being softer sprung can actually provide more confidence than being on a bike that is sprung too stiffly. Yeah, go ride an 80’s\90’s bike and you’ll understand there is something “homey” and comforting about the squishy boingers. If you’re an outlier (ie heavy), or are one of the few going full Pol Tarres, then yes, you may need some spring\valving tweaks. Yet again, Occam bouncing up and down reminding us, that there is a simpler answer than some advertising BS.

Reality 4: Weight distribution as above, is a product of the sum of its parts.

This final point is nothing more than a result of all of the above combined into the final package. It just is what it is, and nothing more. When you add wheel size + engine location + suspension travel + steering geometry + all the parts = weight distribution. If you’re honestly worrying about your bikes weight distribution (aside from overloading the back of the bike like you need your entire shop + spares for a weekend ride….), then you’re missing how important YOU are. Simply shift yourself 2″ forward or 2″ back and you’ve changed the bikes weight distribution more than you ever could by removing half the bike. Maybe Yamaha’s engineers found this perfect balance ratio, that no one else was able to come up with….or it’s just the result of the product as a whole.

Now, I don’t bring all this up to neg on Yamaha’s engineers. I believe they’ve created a phenomenal bike (yes, I own one myself.). I also think that Yamaha does some great well handling bikes, and it’s in their DNA. I’ve owned many Yamaha motorcycles over the years, and they are consistent in the fact that they’re so darn easy to ride. Many are easy to ride, but theirs are easy to ride FAST, and feel racey doing it. What does irk me though is that folks see this 8:38 video and buy into the advertising being shilled. Heck, I don’t even mind Ryan at Fort Nine doing these. His videos are usually fun to watch and reminiscent of Top Gear with the explosive sounds and sharp cuts. It’s the fact that so many people take these advertisers as total Gospel, and we end up with silly Internet Rumors and Myths being perpetuated as fact. Maybe it’s because people generally like to get on-board with a “team”, or justify their purchases or wants, I don’t know. Just remember that you are ALWAYS being sold to. ALWAYS.

One thought on “Internet Myth vs Reality: The HARSH reality of Advertising”