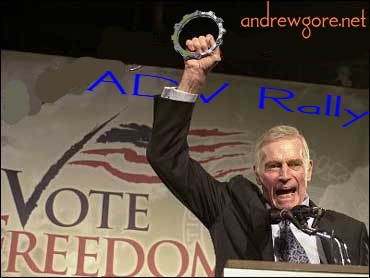 Moto guys are seemingly notorious for buying a new bike and before ever riding the thing, they’re ripping the credit card out to buy up every bling bit for their new scoot. We’ve all done it to some degree, and at a certain level it can make sense. Many folks likely know what things work for them, and what doesn’t. At what point though, do you tell yourself……Holdup, let’s see how it is box stock, and THEN go from there.

There are 2 mod\upgrades (or downgrades depending on your view) that seem to get me riled up time and time again. I’ll be the dirtbike\enduro\dual sport heretic here and say it. Rekluse Autoclutches & Suspension Tuners. These are the 2 greatest money wastes I’ve seen trending in a LONG time. Yes yes, this is quite contrary to what anyone on the internet may tell you….but let me dive in one by one here on why I think this.

Let’s start with the greatest offender……the Rekluse Autoclutch. I specifically note the Rekluse, as they more or less killed anyone else that previously existed in the market. Whether that was patent related, or buying out other companies…….in the world off off-road autoclutches, there is only one name, and that is Rekluse. So why is this the worst of the worst for instant bike upgrades? Because for MANY folks, bolting one of these into your bike will greatly plateau or hinder your riding ability.

You’re likely wondering how something that is supposed to make your riding “easier” will plateau or hinder your riding. It’s quite simple really. If you do not exercise a skill (ie using your clutch), you will not improve that skill. So, you go ahead and install that autoclutch on your new bike. You find that in a rock garden, you can click the bike in 2nd or 3rd gear, and just plod your way through. You’re thinking……hey, I couldn’t do this before, but now I can because I can focus on the rocks. This is entirely true. You are finding that you can ride in new areas that maybe you didn’t have the confidence to in the past.

However, what is happening by doing this is a degree of learning to run before you can walk. You are likely going to take this confidence to another place, but might actually put yourself beyond your skillset. Maybe its not much, but you could go into a rock bed, and find yourself coming up to a rock or tree that’s a bit higher than you’re expecting. Instead of taking a quick stab of the clutch with some throttle, gently lifting the front, you just whack the throttle, because the Rekluse is doing the rest. Unfortunately what you don’t realize happened is that your timing is off, and you planted that front wheel into the obstacle instead of over it. So now you’re stopped in your tracks, wondering what all just happened.

What happened was simple. You bought a Rekluse Autoclutch instead of learning to ride your bike. You can NOT fake it when it comes to riding a bike. You are either growing your skills, or hampering them. And this is not to say that I don’t see a use for a Rekluse. If you’ve got a health issue that prevents you from using the clutch, or maybe you’re a racer who is proficient with your clutch, but want to add in the anti-stall characteristics of the Rekluse (and understanding of that disconnection you’ll now have with the rear wheel and throttle), or even if you’re someone who isn’t concerned with developing your riding skill…..and are just out there having fun. All great reasons to go for using an Autoclutch.

The major rub is when folks toss in the Rekluse, and then wonder why their skills plateau at a given point. Or maybe your skills even start falling behind. The rider has spent 600-1000$ on a gadget\gizmo that should have been spent on gasoline, tires, and brakes. Heck, you could spend 600$ on a weekend riding school and be so far ahead, and be able to transfer those skills to whatever bike you’re on. A gadget is NEVER going to replace learning to better yourself. It just never will.

So before you go plunging down the “my new bike NEEDS A REKLUSE” rabbit hole, go ride the thing stock. If you find you’re stalling in a scenario, then work on that. Quit trying to buy skills. It almost NEVER pays off.

Which leads me to the other greatest mystery in the “I got a new bike so lets spend money” world, and that’s plunking down a giant chunk of change on some suspension tuner. I get it, some suspension might need tweaking. Why oh Why are you bothering with this when you haven’t spent any time on the bike? I also totally understand having the bike sprung for your weight. Springs keep the suspension where it should be, and the valving then controls the speed it compresses and rebounds. It never seems to fail though that someone will pickup a shiny new bike, and immediately pull the suspension off.

How on earth do you even know what the bike is like to even quantify if this new suspension is better or worse? Have you even explored your clicker settings from fully closed to fully open, and everywhere in between? Why oh why are you spending money? Because XYZ Boinger Boyz setup the suspension for some off-road racer, so it must be the best? Because someone told you their suspension deflects off this or that? There are literally a gazillion of personal tweaks that can be gone through before you should be looking at wizzing away money on suspension upgrades on that shiny new bike.

I realize this is a heavily contrary opinion, and everyone and their brother on the internet has their reason why they’re suggesting this or that product, or to do this or that. And this is exactly why I’m typing this here. YOU as the rider need to LEARN YOUR BIKE. Understand how you ride, understand where you’re excelling, and more so where you are falling behind. Buying or upgrading your bike before you even begin to understand it is a fools errand. You are only going to do yourself a disservice by doing this.

All of this is a very difficult trap to avoid, especially when you’re living in somewhere like the Midwest. Maybe you picked up that new bike just as snow began to fly and the dealer gave you a killer deal. Now, you’re sitting and waiting for spring to roll around, and we all know the Devil makes use of Idle hands…..so there goes the RMATV order with piles of crap you don’t need.

Do yourself the best favor you could ever do. Invest that money IN YOURSELF! Go find an indoor track to ride around on (Megatraxs I’m talking about you!). Go find a a riding school somewhere down South that you could use to improve your riding. Do anything, but spend money on blinging out your bike. All that does is make someone else richer.

2 thoughts on “Upgrades before riding your new bike?”