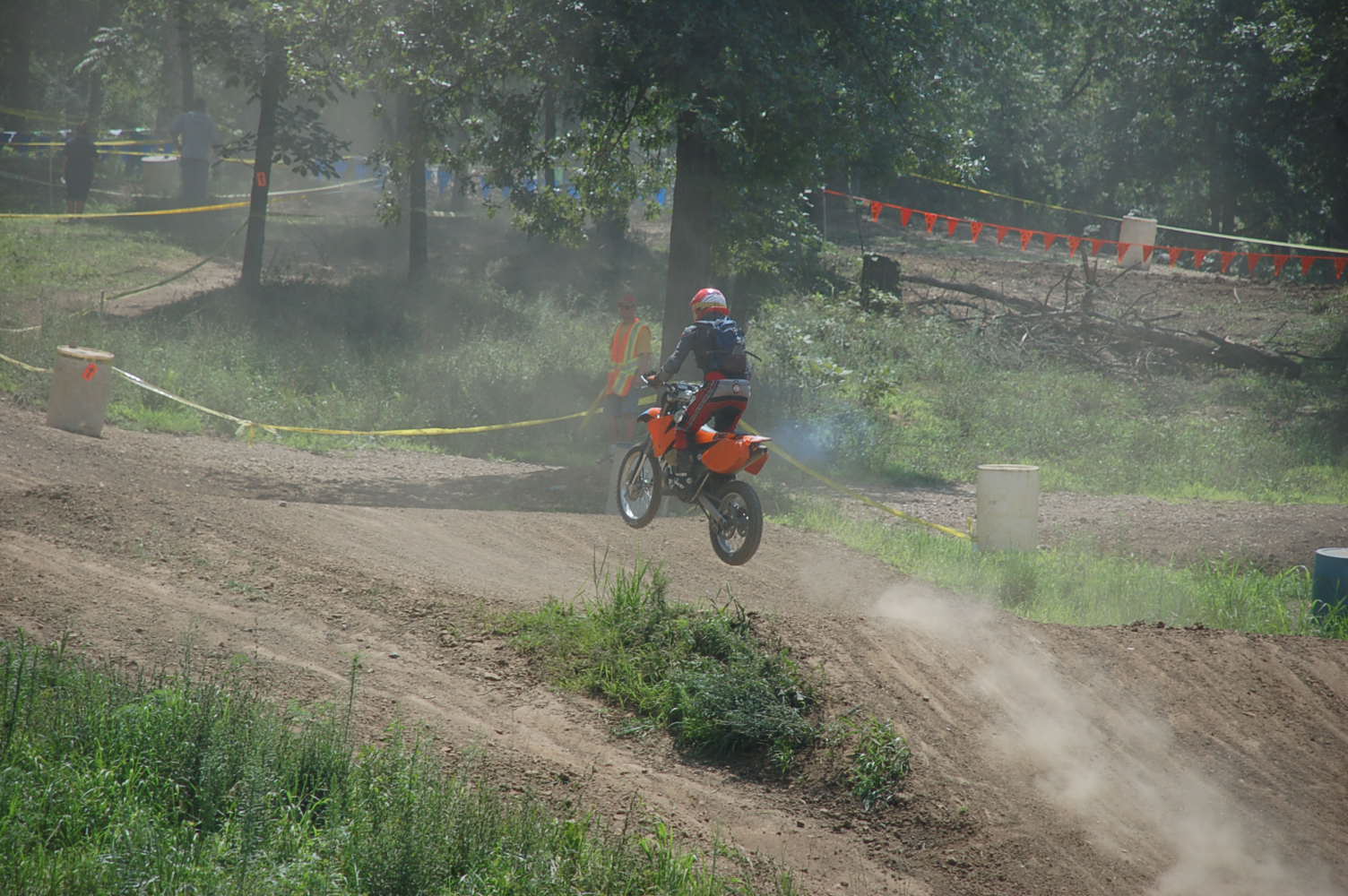 As someone who loves to dodge trees in the woods on a dirtbike, I early on struggled with the idea of cross training. I’m not talking about running, or doing other “standard” exercises, but I mean going on a motocross track, or riding something different from what you’re gonna be riding in the most.

I grew up riding motocross (albeit in a woodsy area), so I never correlated that discipline with improving my woods riding. All I had in my head was what I saw while watching the MX\SX races, and their blitzing whoops and figuring out how to quad some impossible rhythm section. So when my neighbor, a diehard Midwest MX rider tells me that I should go ride at the local MX track, I was quite skeptical.

After a few invites to the local MX, I finally agreed to join him on a trip. I’d ridden the facility before when they host their annual harescrambles, so I was mildly familiar. This familiarity also made me a bit hesitant, as at the time all I had was a 1985 Honda XR350R. Bear in mind that this was ~2012, so its not like I was riding around on a modern machine. My neighbor said just ride the darn thing and it’ll be fun, and worst case, I do a few laps and then borrow his YZ450F. Fair enough I thought, and tossed my bike with him in the back of the truck.

What followed was likely similar to had I of been tossed in a Ju Jitsu spar with Joe Rogan. I felt like I got obliterated. Well, no…..what I realized was that I could focus on my riding technique without fear of blasting myself into a tree. I could look at my braking markers, and key in on fine details that I normally couldn’t really do while riding in the woods. It brought in a level of consistency for me. It highlighted something I forgot from my years of skating. I’m the type that needs to do repetitions of things over and over and over until I get it locked in. While I was practicing this in the woods, it allowed me to do so much easier on the moto track.

Now, as began earlier….what followed was the intense pain of realizing all the muscles that I wasn’t working while riding the woods. All the bumps\jumps\etc of the track are relatively non-existent otherwise. So the following day my body locked up and reminded me just where I was lacking. All this was good though as I was out there riding (yes even woods bikes can take it to the track), and I was improving my overall riding.

So do what I avoided for so many years. Get out and ride a track. No, you don’t need to gap any doubles if you don’t want to, and no ones gonna point and laugh when you’re not blitzing whoops like James Stewart. You’re only going to learn and improve upon your riding. Get out there. Go do it. Just…..be prepared for the aches and pains a day or two later.