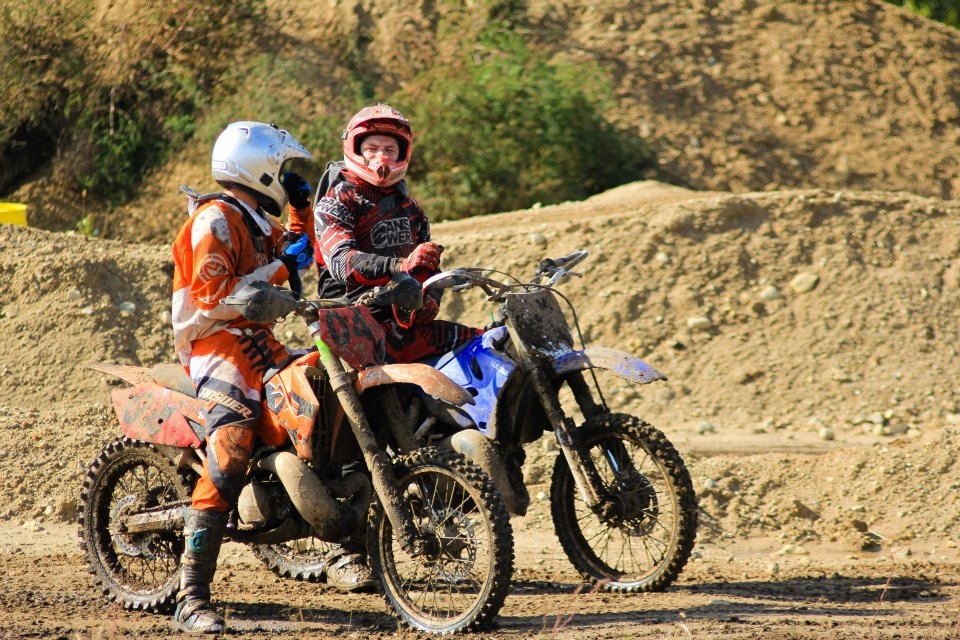 Here it is. THE secret for going faster. So simple, that I’m boggled by people being confused when I tell this to them. Are you ready? Use more throttle, and Less brakes. That’s it. Sure enough someone is thinking that I’m BS’ing, or that this inconceivable. It’s not.

There is nothing to this. The more throttle you use, and the less brakes you use, the faster you’ll go. Heck, simplify this a little further and stop using the brakes so much. It’s not called the nancy lever for no reason. Go further on (2T riders need not apply) this kick and stop using engine braking so much. Engines are supposed to propel you forward. Brakes for slowing\stopping you.

It’ll take some practice and reconditioning. But just make this simple change in your riding. Here’s another tidbit on the brakes. If you’re in a situation where you have excellent grip (ie straight line\upright), use MORE brake for a shorter amount of time. That way you end up braking for Less time. You only scrub the speed you NEED to, and you can then be back on the throttle.

Simple as that. Put up or shut up. The ONLY difficult thing about this is convincing your brain to ignore its scream when its saying STOP STOP STOP. Just tell that voice it’s weak. It lacks discipline. Hold that throttle a little longer. Use some brake markers as reference points if you’re riding on a track or constant course. you’ll quickly find that you’re braking later and later than you thought was possible, you’re carrying more speed through the turn, AND you’re on the gas sooner coming out.